Ernie Haase is a tenor singer/songwriter from Evansville, Indiana. He began his career in the 1980s with the Dixie Melody Boys and Squire Parsons And Redeemed before launching a solo career in 1987. In 1990, he became the last tenor singer for the Cathedral Quartet when he was hired to replace Kurt Young. Six months later, he married Lisa Younce, the daughter of Cathedrals bass singer George Younce.

Haase remained with the Cathedrals until they retired in 1999. His signature song while with the Cathedrals was Oh What A Savior. After the Cathedrals' retirement, Haase briefly embarked on a solo career before joining Jake Hess, Wesley Pritchard, and his father-in-law George Younce as a member of the Old Friends Quartet. When that group disbanded after the death of Hess, Haase founded Ernie Haase And Signature Sound in 2003. 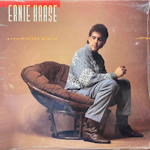 hi-res
1987 Give Him The Praise (Genesis Records): Give Him The Praise; I Call Him Lord; Temple Of Love; Take All Of Me; Praise The Lord Together; Walk Dem Golden Stairs; I Know Whom I Have Believed; There Is Power In The Word; Empty Castles; Please Come Home; Be Found In Christ. 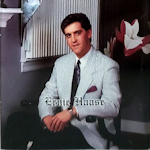 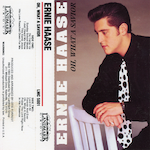 hi-res
1993 Oh, What A Savior (Landmark Group/LMC 5001): He Came Up; Sunday School Blues; I Just Heard My Name; This Same Jesus; His Love Reached Down For Me; Lord Of All; Forever And Ever; Oh, What A Saviour; Praise The Lord Right Now; In His Presence (also released as a self-titled solo album). 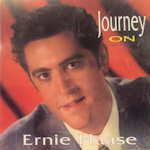 hi-res
1995 Journey On: Journey On; You Can Count On Me; Anything Can Happen; He Took The Law In His Own Hands; He Loved Me With A Cross; Revive Us; Come Into The Water; In The Little Things; The Offer Still Stands; America Trust In God Again. 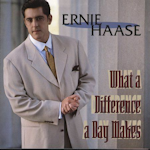 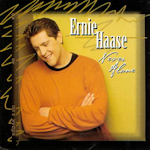 hi-res
2000 Never Alone (Daywind Records/DAY 1195): When Jesus Comes; The Source Of My Strength; I Love Piano; An Unexpected Cross; Rejoice And Be Glad; The Ground Is Level; Somebody Cares; Home Has Never Sounded So Good To Me; What A Savior; The Big Parade; Maybe Tomorrow; Precious Memories; The Blood Cries Out; I Won't Look At The Lions. 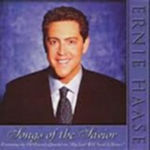 2001 Songs Of The Savior: Take A Moment And Live; Peace In The Valley; Mansion Over The Hilltop; In The Garden; Great Is Thy Faithfulness; My Lord Will Send A Moses; Jesus Paid It All; Gloryroad; Salvation Medley; Yesterday. 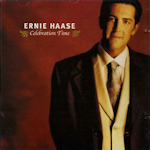