With a voice often compared to the late Kenny Hinson, Mike Bowling carved out a successful career as a soloist in Southern Gospel. Many fans got their initial exposure to Bowling when he was singing with a group, though. He sang first with Uncle Alf And The LeFevres as a teenager during the 1970s and later formed a group with his brother Jeff called Family Tradition that performed on a regional basis for about ten years. In 1995, Bowling joined the New Hinsons, participating in the recording of their number one song “Oasis.” Later that same year, he moved to the Perrys where he stayed for the next four years and was instrumental in their success.

Bowling married Kelly Crabb in 1998. Their daughter Loryn Hope was born in 1999. After the birth of his child, Bowling joined the Crabb Family band so he could be closer to his family. It was then that he began releasing solo recordings on a regular basis.

Bowling had a great deal of success from the outset of his professional solo career. With the Crabb Family band backing him during live appearances and the family’s successful approach to radio promotion, Bowling’s first single, “Forgiven, Forgotten, Forever, Amen” peaked at number four on the Singing News chart. “Thank God For The Preacher” and “The Call” (from his project titled The Call) were back-to-back number ones, a first for a soloist. “I Take Him Back” was also a number one song in August of 2003.

Bowling has achieved recognition for his songwriting and his role as a producer for groups like the McCraes, the Hoskins Family, and the Crabb Family. In 2005, Bowling launched a mixed quartet called the Mike Bowling Group. Two former members of Family Tradition (his brother Jeff and their cousin Karen) joined Bowling along with Jeff’s wife Kim. Later, the group name was changed to the Bowling Family. 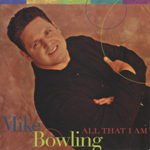 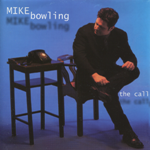 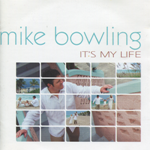 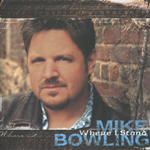 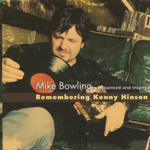 God Sent Angels
I Have Faith
No Stranger To The Valley