Roger Talley is a Southern Gospel singer and musician. He is the brother of Kirk Talley, the husband of Debra Talley, and the father of Lauren Talley.
Roger first performed with his sister Diane and brother Kirk as the Talley Trio. He became the pianist for the Hoppers in 1974. In 1983, he launched the Talleys with his brother Kirk and wife Debra. In 1993, the group took a break from traveling, but Roger continued to work in the industry as a record producer. In 1995, a local bank asked them to put together a Christmas program. This led to more calls, and by 1996, the Talleys were traveling full-time again, now consisting of Roger, Debra, and Lauren. 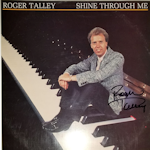 hi-res
19?? Shine Through Me: How Majestic Is Your Name; Amazing Grace; His Hand In Mine; Hymn Medley (Tis So Sweet/Jesus Is The Sweetest Name I Know/Only Trust Him); William Tell Overture; It Is Well With My Soul; Music Of America Medley; Old Time Religion Medley; Great Is Thy Faithfulness; Holy Jesus. 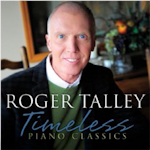 201? Timeless Piano Classics This Is My Father's World; Now I Belong To Jesus; Tell Me The Story Of Jesus/I Love To Tell The Story; Everybody Ought To Know; God Will Take Care Of You/God Leads Us Along; On A Hallowed Hill (UT Alma Mater)/Tennessee Waltz; Tis So Sweet; Savior Like A Shepherd Lead Us/He Leadeth Me; Since Jesus Came Into My Heart; Fairest Lord Jesus; Does Jesus Care; Sweet Hour Of Prayer. 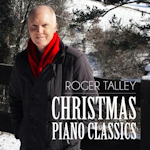 hi-res
2017 Christmas Piano Classics (): Christmas Time Is Here; We Need A Little Christmas/It's Beginning To Look A Lot Like Christmas; Silver Bells; The Christmas Song; Blue Christmas; I'll Be Home For Christmas; Do You Hear What I Hear; Infant Holy/Away In A Manger; O Come O Come Emmanuel/Oh Come Let Us Adore Him; The First Noel; How Great Our Joy/Joy To The World; O Holy Night; Silent Night.
All articles are the property of SGHistory.com and should not be copied, stored or reproduced by any means without the express written permission of the editors of SGHistory.com.
Wikipedia contributors, this particularly includes you. Please do not copy our work and present it as your own.